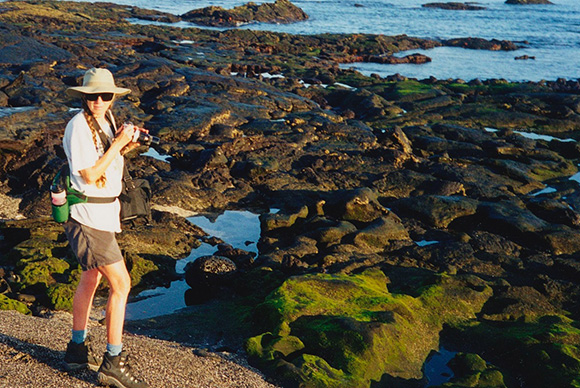 Marnie GaedePresident
Marnie Gaede is a writer, editor, and publisher of numerous books and articles. She has taught Environmental Issues at Art Center College of Design in Pasadena, California since 1993. She served as Advisor to the Director Board of Duke University Primate Center in the late 1990s. Marnie has been involved with Sea Shepherd Conservation Society since 1989 and worked in support of numerous campaigns and publications. She served as a director of Sea Shepherd Conservation Society from 2000-2002 and between 2012- 2014 when she was President of the board. Since 2002 Marnie has been on the board and is currently President of the Fund for Wild Nature.
Marnie fell in love with the Galapagos on her first trip to the islands in 1973, when there was just one tour boat. She returned over 25 years later and was stunned by the impacts of human development and introduced species. 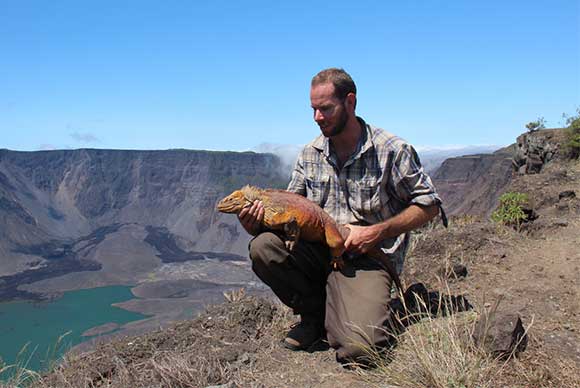 Jono MoreBiologist
Jono More is a conservation biologist and artist from the South Island of New Zealand. In 2005, Jono got a BSc in Ecology and ever since has been seasonally monitoring various endangered and threatened wildlife species for the Department of Conservation. Specialising in bat research, Jono’s career takes him into some of New Zealand’s greatest wilderness areas working on these remarkable species which are fighting for survival amongst the multitude of introduced mammals which are plaguing the country.

In recent years, Jono’s work has lead him to the Galapagos Islands where he has been involved in numerous different wildlife conservation projects such as monitoring land iguana, mocking birds and albatross, catching hawks during a island rat eradication and most recently, climbing trees to get eggs of the Critically Endangered mangrove finch so they can be captive reared. These experiences have meant that the Galapagos Islands are now very close to Jono’s heart and he has a strong desire to return and help with the many issues that the Galapagos’ ecosystem faces. New Zealand and the Galapagos both share similar dilemmas in regards to mammalian invaders and therefore Jono believes that his knowledge and experience can be put to good use in helping to save the unique wildlife of the “enchanted islands”. 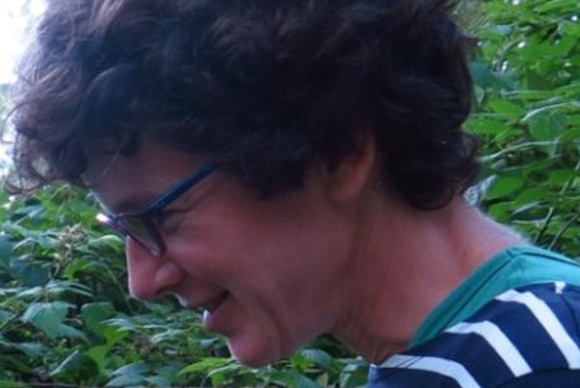 Rachel AtkinsonEcologist
When she was 10 years old Rachel declared to her family that she wanted work in conservation. Since earning her PhD she has spent the last 16 years doing just that, mostly on islands and often with the problems of managing invasive species. She has worked in Galapagos, Mauritius, Chile, the USA and is now based in Peru.
Rachel believes in the need to find pragmatic solutions for conservation problems that will work in the long term. and is still involved in helping identify a biological control agent for Rubus niveus, one of the worst invasives affecting Galapagos. 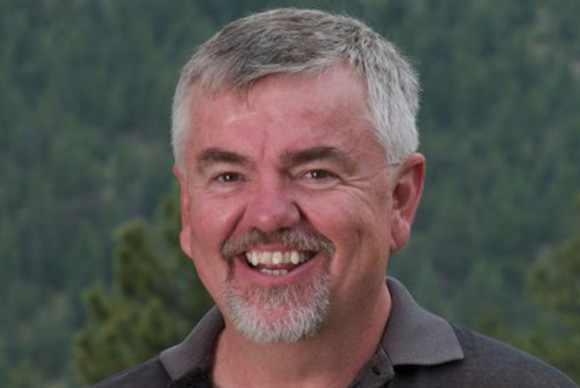 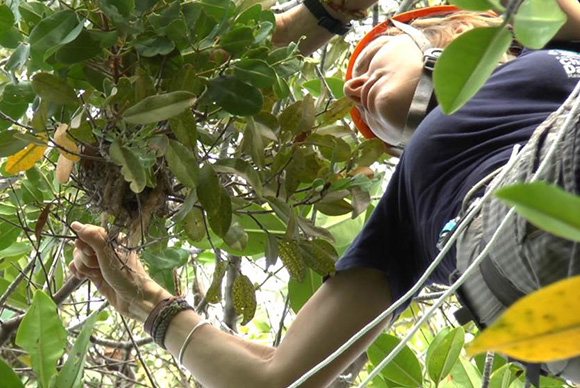 Francesca CunninghameEcologist
Born and brought up in southern New Zealand Francesca has had an enthusiasm for nature conservation from a young age. She joined the ornithological society when 13 years old and began volunteering with the Department of Conservation (DOC) when at high school. From there Francesca turned her love of the natural world into a career, studying zoology and ecology while completing summer contract work with DOC, focusing on endangered birds. Following her studies Francesca spent a year in South America volunteering with several bird conservation projects. Upon returning to NZ Francesca again worked for DOC on the west coast of the South Island, when a job came up managing the Critically Endangered mangrove finch conservation project with the Chares Darwin Foundation on the Galapagos Islands Francesca’s curiosity was peaked.
Francesca lived permanently in the Galapagos for seven years as the Mangrove Finch Project leader. During her time there she initiated and coordinated the intensive conservation management (captive rearing and release into the wild) currently needed to ensure the survival of the Critically Endangered species.
Francesca moved back to New Zealand in 2016 where she remains involved with the Mangrove Finch Project as having a part time job with Forest and Bird, New Zealand’s oldest conservation NGO, where she is working to re-establish breeding colonies of seabirds which historically nested on the mainland.
Francesca is honoured and excited to be part of Galapagos Conservation Action and after having worked first hand to try and preserve one Galapagos endemic species, she has a lifelong commitment to the conservation of the islands and the species which live there. 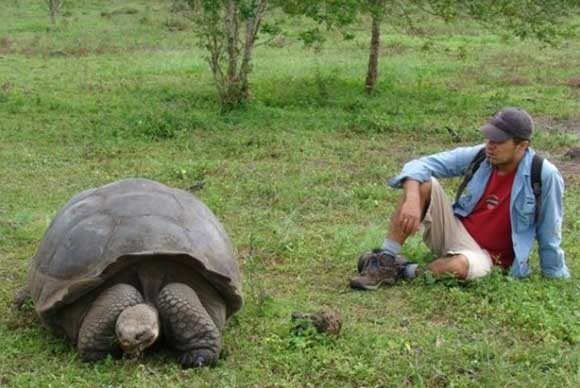 Jorge L. RenteriaEcologist
Jorge L. Renteria is an ecologist with over eight years of experience specializing in the management of invasive plant species and habitat restoration. Jorge obtained his BSc in Forestry from the Universidad Nacional de Loja in Ecuador and completed his PhD at the Imperial College of London, researching optimal management of the invasive raspberry and habitat restoration in the Galapagos Islands. Jorge spent a further five years on the Galapagos Islands working for the Charles Darwin Foundation doing research on various aspects of invasive species control, prevention and eradication.

YOU CAN HELP TODAY